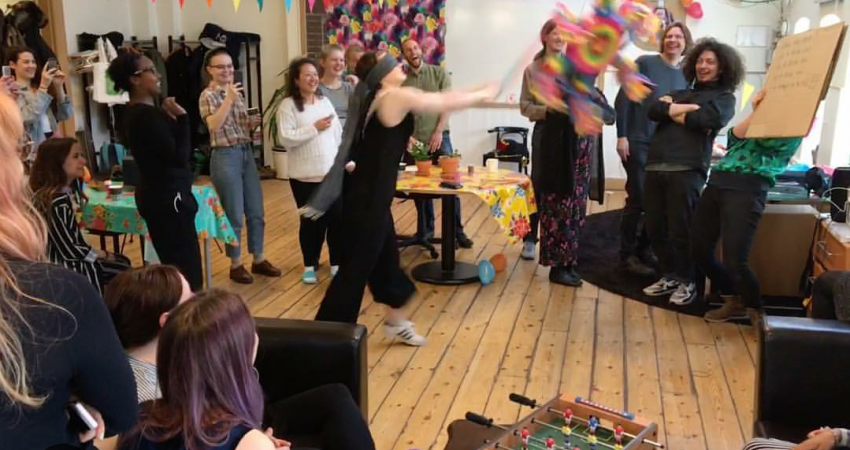 We combine this with the clarity of the participatory spiral from the D-CENT project and Open Government Partnership- participation cocreation standards.

The digital tool will provide a framework for common ownership over the entire process for civil servants and civil society, especially groups underrepresented in power.

When power is balanced it means more room for creative ideas and real solutions based on real problems. Citizen dialogue should be for actual citizens and for all citizens.

We focus on low threshold for maximum accessibility. This is not for cities that already have an advanced level of participation, but to provide hands on tools for participatory planning to jump-start all those other cities.

The situation in most cities, unlike the spanish cities where social movements have come to power, is that participatory processes are planned and implemented from above. However creating truly successful processes rely largely on the level of involvement of ordinary citizens and movements (as stated by OGP in https://www.opengovpartnership.org/ogp-participation-co-creation-standards).

From an international perspective the major challenge therefor lies in empowering civil society and educating civil servants in best practices and facilitate a process where they work collaberatively. In a way where citizens and social movements are engaged in both the planning and implementation of processes.

There are also cases where the participatory process is a mear simulation on a decided issue. As in the case of the ”consultas ciudadanas” with inidgenous population in the Yucatan peninsula in México, designed to justify the former lack of participatory process and to persuade them to sell their land.

Not present at the table

There i also a common practice in many countries that conferences on citizen engagement and participatory processes have no social movement, civil society or citizens involved or represented at any level. In other cases large proffesionalized NGOs are represented while underrepresented groups are disregarded.

Furthermore in a lot of participatory proceses the people assigned are not equipped or trained in methods to counter hierarchic powerstructures.

A will to upgrade democracy

Some cities have come very far in this field. But in a lot of current citizen and participatory processes there are no minimum standards, no model to follow, no previous experience, no hub for documentation and no exisisting channel to communicate with citizens. It starts with only a will. By offering this planning tool for ”both sides”, being civil servants and under-represented people we are making a low treshold tool with embedded democracy, for citizen processes to be planned and implemented in collaboration. This is not for cities that already have an advanced level of participation, but to provide hands on tools for participatory planning to jump-start all those other cities.

City officials involved in citizen processes ranging from dialogues to participatory budgets express a lack/need in the following:

* Involvement of under-represented people in the process.

* Clarity in their processes when communicating with citizens, coworkers and collaborators within the city.

* Documentation and best practices of processes that are done.

They ask for improved methods to reach their goals.

The under-represented people/groups experience a lack of the following:

* Transparency -where are we in the process based on what, and what is next

* Clarity in the process and outcome.

It is crucial for all these evolving participatory practices to have a low threshold tool that provides a route to a methodology of real functional participation. It neads to be easy to use for all users, visually instructive and appealling. Importanly it needs to introduce the horizontal (non-hierarchal) methodology where power is distributed and push towards that being the standard.

The online tool serves to facilitate, plan and track a participatory process of any kind. Its purpose is introduce methodology and facilitate the planning and visualise the course and who is responsible step by step.

The tool serves to plan, track and document. The discussions and decisions take place on other platforms on line or in off line meetings and trainings. The results are fed into the tool.

The tool offers an easy accessible skeleton on how to work together as civil society/ underrepresented groups and officials. It provides checklists for different stakeholders and the needed transparency and clear course of the different steps of the process.

This could be used as a stand-alone tool but also serve as a module for Consul or other citizen platforms.

Templates for participatory processes can be created by practitioners worldwide who can build their own versions and share best practices.

See preliminary wireframes for a first outline of the tool.