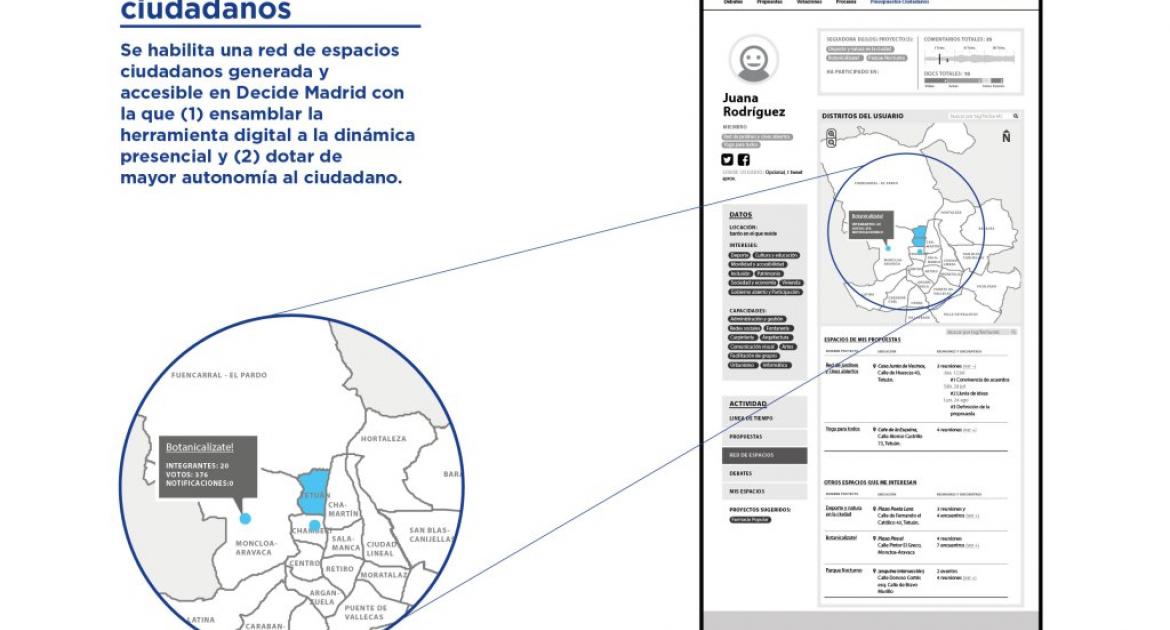 We are very pleased to present the work and results of the Hacker Residency, a project coordinated by CivicWise in late 2016 and launched by ParticipaLAB, the Collective Intelligence for Democracy Lab at MediaLab-Prado (Madrid), with the aim of researching and developing new ideas on participation and citizen innovation.

Members of CivicWise have tried to shed some light on the implementation of the participatory proposals of Decide Madrid, a digital participation platform set in motion and developed by the Department of Citizen Participation, Transparency and Open Government of Madrid City Council within the framework of the city’s first Participatory Budget process carried out in 2016.

We have outlined the results of our experience at the Hacker Residency in the publication Participation Technologies, which consists of two documents: the first gives information on the origin of the residency, the work method employed by CivicWise and the theoretical development thereof, while the second elaborates in detail on our proposal, which is based on: (i) improvement and redesign of the Decide Madrid interface for digital community construction and proposal tracking; and (ii) implementation of proposals by means of what we call ‘Urban Prototypes’.

Well aware of the complexity of the topic we needed to tackle, we began to reflect alongside citizens and public experts on the key concepts that defined the relevant problems: participation and technology.

Technology, defined as language, must provide solutions not only for digital contexts but also for those that involve a physical presence, and participation is no longer construed as the opportunity for us to interact but as a commitment to doing so and being able to do so at various levels. 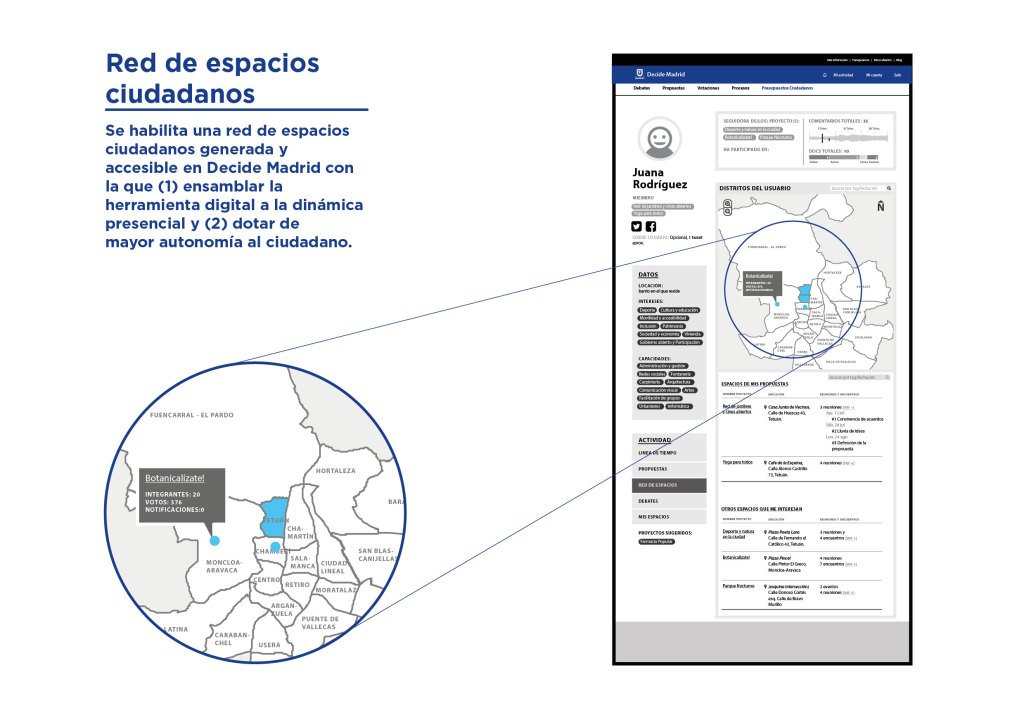 Both concepts must come together to give rise to broader processes that promote and facilitate construction of a collaborative fabric in our cities, with the 'whos’, the 'whys’, the 'hows’ and the 'whens’ clarified for each stage of every participation exercise.

In this manner, we reflect in the project on the construction of links between participation generated in digital spaces and the areas in which an impact is desired. In our view, it is of crucial importance to care for existing social fabrics, to strengthen communities and to make use of accumulated know-how. To this end, we need to build models under which we inhabit the digital space, but starting out from the physical space rather than vice versa.

In short, we are speaking of collective contextual intelligence dynamics. In this way, we pave the way to 'emerging citizenship’, wherein citizens can develop mechanisms of transformation and management that go beyond the old structures based on representation, achieving greater effectiveness, openness and transparency: communities that know how to care for their territory, beginning with local relationships, for the people and for the common good, outside the margins of the usual partisanship.

But what can we do with proposals that have already been approved? How can we continue the participatory process that has already begun? Can we involve citizens in implementation and in direct transformation of the city? CivicWise proposes:

-New phases in the participatory budget process that continue the process already initiated, extending it to encompass implementation and tracking of proposals in collaboration with citizens.

-Implementation of proposals by means of 'Urban Prototypes’, initial models or prototypes on which features of the final version to be instituted can be tested out with users. The idea of a prototype is highly compatible with the process of collaborative design, in which we collectively plan an urban project.

New phases proposed for the life cycle of the Participatory Budget process.
The following phases are included: Collaborative Definition, Prototyping and Tracking

We believe that this would be an extremely important phase, firstly because of the ability to visualise the impact of the process; secondly due to the educational value we believe lies in learning city-making by doing; and, finally, due to the symbolic power potentially entailed by the fact that actions like these are replacing the already well-known and institutional 'cornerstone’ processes. The #prototype helps us to test, but above all to collectively imagine and engage in dialogue. Transforming the city by transforming people.

Without further ado, we leave you with the two documents here, as well as all of the information on the development of the project on the Hacker Residency website.