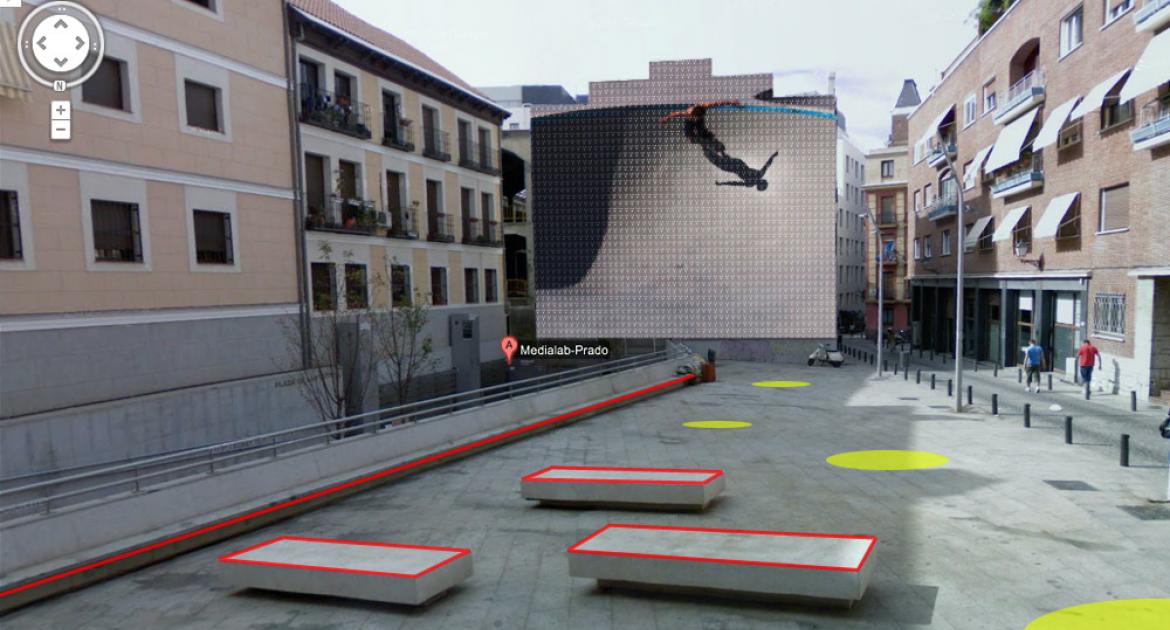 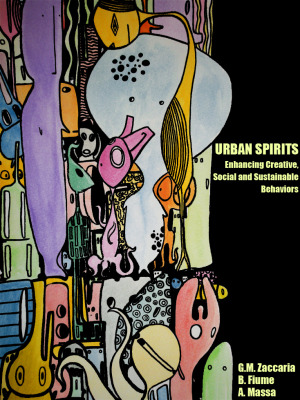 Urban Spirits is a game to promote eco-friendly, creative and aggregative behavior in the context of an urban neighborhood. The game makes innovative use of Smart City sensors and urban spaces, particularly interactive street furnitures and digital facades. Individual users can interact through both smartphones and physical interaction with urban furnitures. In addition, Urban Spirits receives through environmental sensors the actual situation of urban district, using the data received it dynamically changes the game environment. The story and the game itself are based on the metaphore of the “Urban Spirits”. The purpose of the game is to tame the little spirits through the interaction with the urban surrounding. Each interaction is a little challenge-exercise aimed to fortify the participants sense of social community involvement, creativity and conscious eco-logic behaviours. 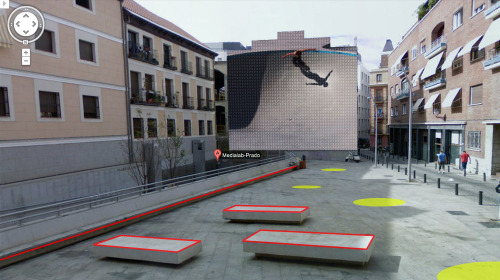 It is a proposal of an intervention in public space where the Plaza de las Letras becomes into a scenario for a "skated orchestra". Through different sensors placed in the surface of the square and its urban furniture, we turn these elements into an interface that will activate sound compositions from the activity of the skaters that usually use the space as a park. From their interaction, routes and abilities (tricks) multiple and variable compositions could be generated, giving as a result sound pieces created from the skate used as an instrument.

A networked computer tower-like construction game simulation is evolved from fluxes of movement by multiple real and virtual users. Temporary-Babel3D is an interactive game where you play in the mind-scape of the Tower of Babel construction set - a space where time oscillates and perspective bends; a space where real and virtual fluxes of movement by users carve building and destroying dynamics into the edification of an interactive community built game. This project synthesizes upon the archaeological movement of rebuilding the Tower of Babel, and how communities movements' shape transient and temporary virtual architectures within an engaging simple game environment. 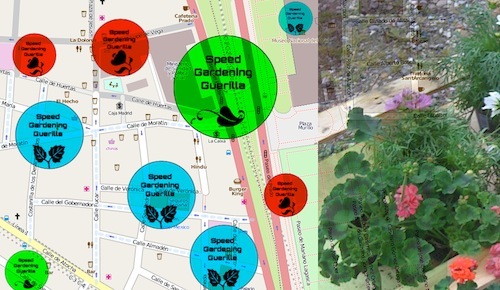 El Prado Gardening Guerrilla is a tactical mixed-reality Guerrilla Gardening game that takes place in the city of Madrid. During the game, which may run for days, weeks or even months, players plant seedlings in various places in the city and also move plants from rival teams to add them to their own spots. Plants are marked with QR-codes, and their GPS coordinates are tracked and transmitted to a server at the Media Facade at Medialab-Prado, which displays an abstract view of the game state (while keeping the plant locations secret). While the game has a focus on spying and tactical teamplay, playing with plants opens up completely new experiences in the perception of the city. Also, players are encouraged to treat plants and the environment with highest respect.El Prado Gardening Guerrilla is the first city-wide adaption of the concept of Gardening Guerrilla games, integrating the Media Façade as an unique game board and a meeting point for the players.

This project is sponsored by Ayudas a la Creación de Matadero Madrid 2012 and supported by the Culture Programme 2007-2013 of the European Union.