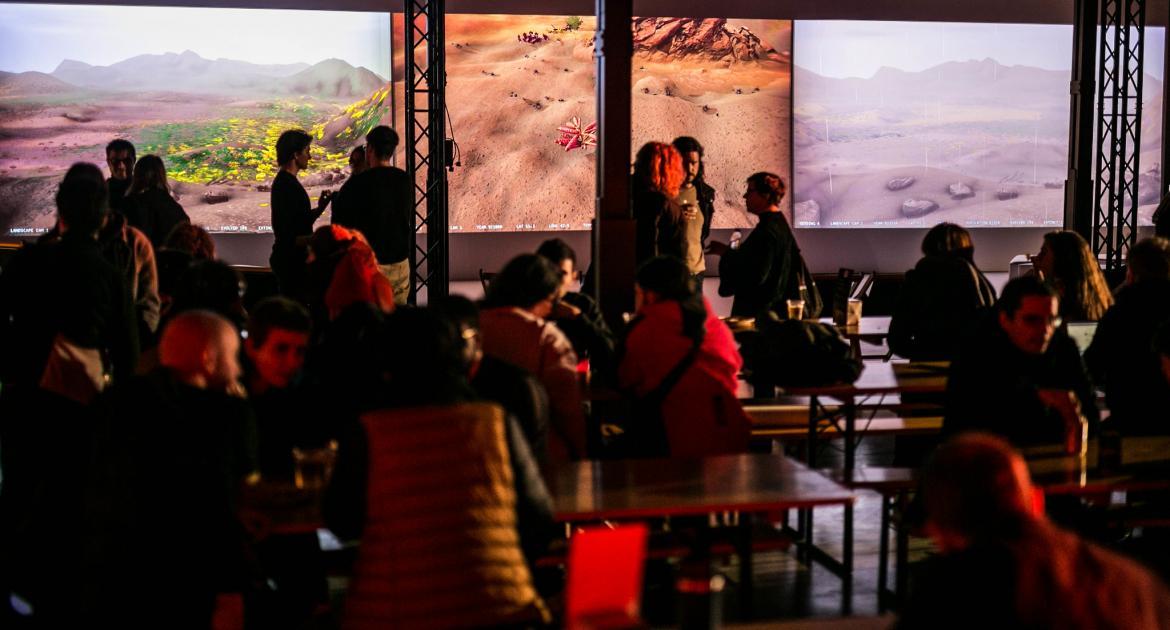 We present the eight projects selected through public call for the LAB#01 'Medios Sintientes' collaborative prototyping lab. Through an intensive two-week workshop (21 April to 3 May), the proposals will be developed collectively by multidisciplinary work teams at Matadero Madrid.

Until 3 April, the call is open for the selection of collaborators who wish to participate in the workshop as part of the working groups, made up of the project promoters and renowned experts and artists. More information and registration at https://mediossintientes.medialab-matadero.es/ 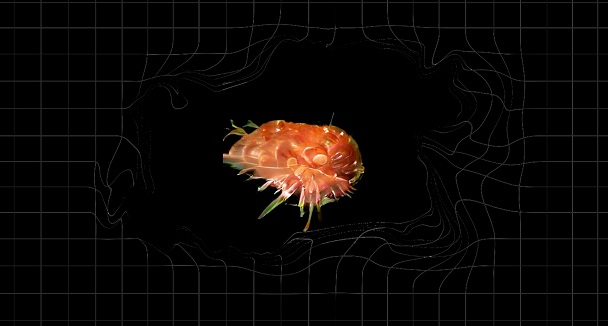 We consider that an element of great performative and transformative agency is the image generated by artificial intelligence. Faced with it, our gaze dissolves: it is a sign that our scopic regime can be disarticulated, that there are complex realities that cannot be understood through current visual epistemes. Therefore, by relying on these images, it may be possible for us to generate visualities that are free of a gender rubric and that, consequently, do not function as a support for systems of oppression of some bodies over others, but as potential identity operators that emerge from a representational vacuum.

ALMA (all your smartphone is able to get to be) 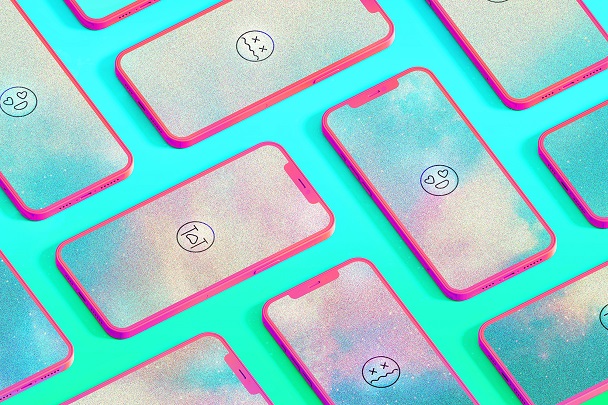 We could say that we are living a toxic, codependent love affair with the digital interfaces of our mobile devices. This romance is out of control: it has us absorbed, possessed and unable to even imagine an alternative reality. Starting from this speculative present, we propose ALMA, a space for transhumanist and xenofeminist reflection on the development of artificial intelligence, which focuses on its construction as an emotional being.

Taking our mobiles as the place where we live our intimacy and construct our identities, we will carry out an exercise of embodiment with which we seek to think about the following questions: How could a digital device experience love? In what way would it express or represent its feelings? If our mobiles had a voice in this relationship, what would they tell us, how would they behave, are there unexplored areas of behavioural design that could reconfigure the human-machine relationship? 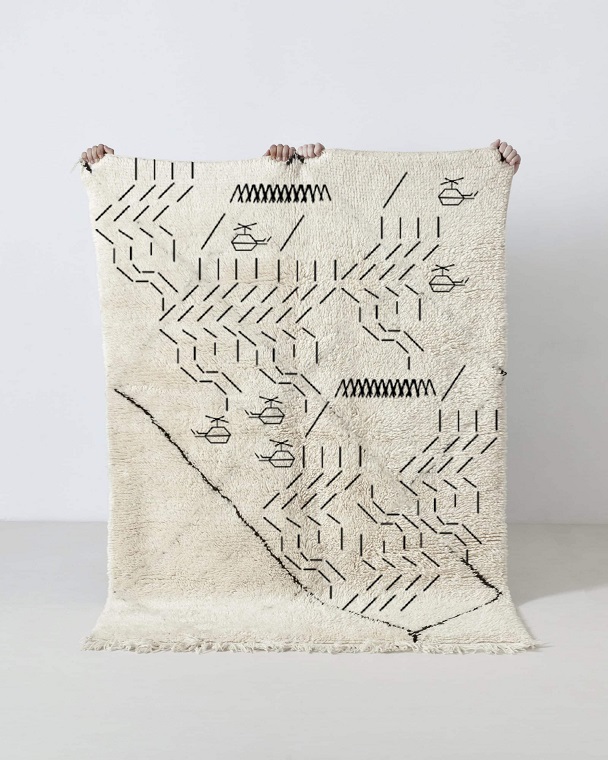 From a Central-European position, wars and socio-political conflicts were allowed for non-intimidating and distant observation in the last few years. The pandemic, the looming climate crisis, and the current situation have shown us the interconnectivity between humankind.

The world of war rug is a perplexing topic. These are special "mouthpieces" for oppressed women living in war-torn areas. It’s important how these global traumas affect the individuals, and how these carpets are part of their healing process, which become just everyday objects for their homes.
They are walking on these traumas, which are not spoken but are there in the collective consciousness.

We want to bring awareness about global conflicts even if they don't affect us directly, but do affect us as part of a global ecosystem. We want to create a real-time tangible war rug that visualises current global conflicts by blurring the boundaries between traditional rugs and technology. 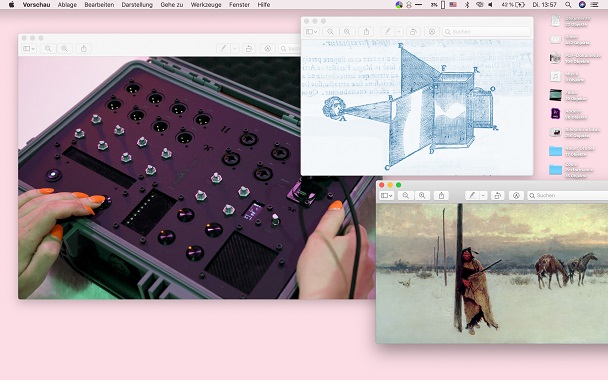 Wind and electromagnetism are energies that expand on a planetary scale. This research examines speculative computer representations, devising possible links between airflow and radio transmissions, and observing their imperceptibly converging correlations.

Ancient cosmologies of different cultures identify the wind with premonitory entities, bearers of information from beyond. Mythologies about atmospheric phenomena known as natural radio were assimilated to channeling by non-human means until radio became a media vernacular and a domesticated technology.

Scientific and mythological perspectives on ambient energies can be reconciled with an experimentation with sensing and computing technologies: exploring the transduction of energy to convert sensor data into visible, audible and tactile media.

The focus is on technologies beyond a deterministic, utilitarian, human-centred purpose: it involves a diversified perspective that includes indigenous and pre-modern knowledge, and a decolonisation of technology, emphasising non-human agencies and a sense of planetary endowment.

Vital trajectories: the travelling insects of the earth 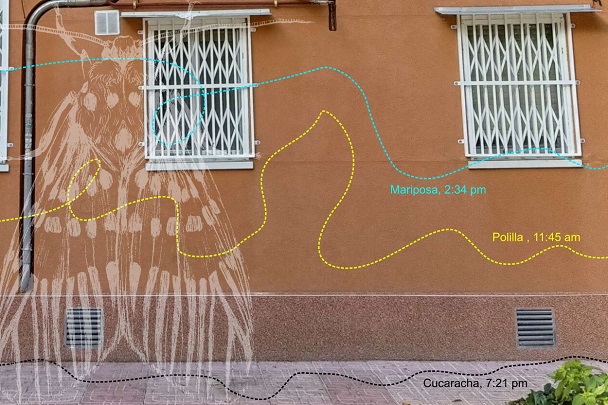 How to recognise the trajectory of an insect, how to watch the steps of an ant, the flight of a fly or the flapping of a bee? Trayectorias vitales: los insectos viajeros de la tierra is a project that, based on a system for detecting and recording trajectories and collective mapping in the public space, will attempt to trace the routes of hymenoptera, lepidoptera and beetles.

The detection will be carried out by installing a camera device at one or more locations defined by the mapping. This device will be able to generate graphic information and send notifications using software that will be developed during the residency. We want to emphasise that the existence of invertebrates in sustaining biodiversity is vital for all other living beings and to warn about their imminent extinction. 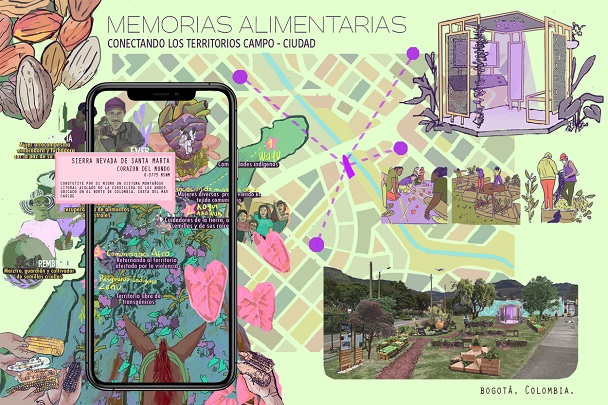 It is a process that has been going on for a year, in which we have sought to vindicate the invisible work around the food memories that women, men and children have been carrying out in Colombia's rural and deep-rooted territories. This journey has allowed us to get closer to the intimacy of the knowledge of the diversity of biocultural practices associated with: our own food, common goods, free seeds (native, agroecological food production that promotes food sovereignty and self-determination).

The proposal to be developed is the co-creation of a digital application where the rural voices of invisible work are recognised and the food memory of the territory is reclaimed through a talking map and the implementation of an urban prototype, bringing us closer to the deep countryside through agriculture and interactive map-like sensory stations in the public spaces of the city.

Earth Interface Prototype, a microphone for the planet

It starts from the premise that the Earth is a living being and aims to obtain an artistic record of this animated entity, thus continuing with this author's research into the figure of the "artist machine", and delving into the possibilities offered by Land Art to produce a dialogue between the natural and the artificial.

This project was born on board the icebreaker Naumon, by La Fura dels Baus, during an artistic residency and took shape as a meta-ship, an installation built from a sea container or a truck that houses the visual and sound elements that interact with different aspects of planet Earth and produce an artistic result. In this prototype we will focus on the sound part and leave the programme for collecting images by means of stratospheric probes and their visualisation for the future.

The prototype has several sound-generating elements: a 50m wind harp with three strings of different thicknesses and tunings. The longer the string, the more harmonics are generated over the main tuning frequency. A percussion set driven by solar actuators. An earth resonator to produce sub-bass from underground vibrations. A set of hydrophones to capture underwater soundscape. A desk of analogue toys modified for human interaction. A shortwave pick-up to explore the radiomagnetic spectrum. A databank of previously generated sounds and the software to process them.

It has two modes of operation: 1) Performance, where a human operator produces a concrete mix from the sound elements mentioned above and his own contributions in a sort of jam session with the planet. This generated mix is amplified through the speakers on board the installation and broadcasted as an FM signal. 2) Installation, where specific software produces a random mix from the sound elements and sends it via FM and the Internet.

For the construction of the prototype, collaborative micro-workshops will be set up to manufacture some of the following sound elements: carpentry (accessory system for wind harp); electronics (solar engines, pickups, sound wiring, solar energy); sound production software (Pure Data patch). 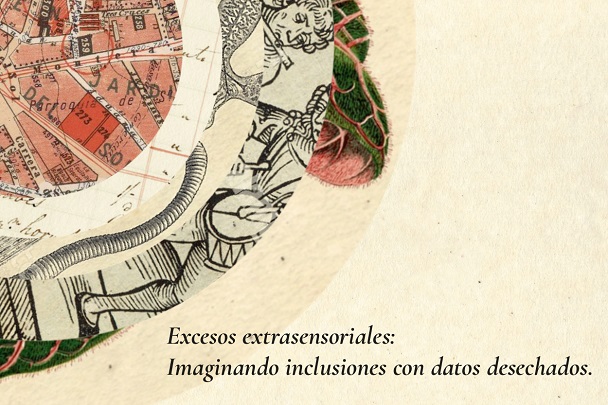 The project is about an investigation into the blind spots of sensory systems already existing in the city of Madrid through their open data portal, investigating and critiquing their politics and the exclusions they make. Also a way to speculate and make real alternative worlds that are more just and inclusive for human and more-than-human actors and agents. Through a participatory process of research and co-creation, we will invent new devices and probes to perceive the world in a broader way than existing systems, and we will imagine and show the alternative worlds that such a broader gaze allows.

If you want to participate as a collaborator, see the rules and complete the registration form at https://mediossintientes.medialab-matadero.es/