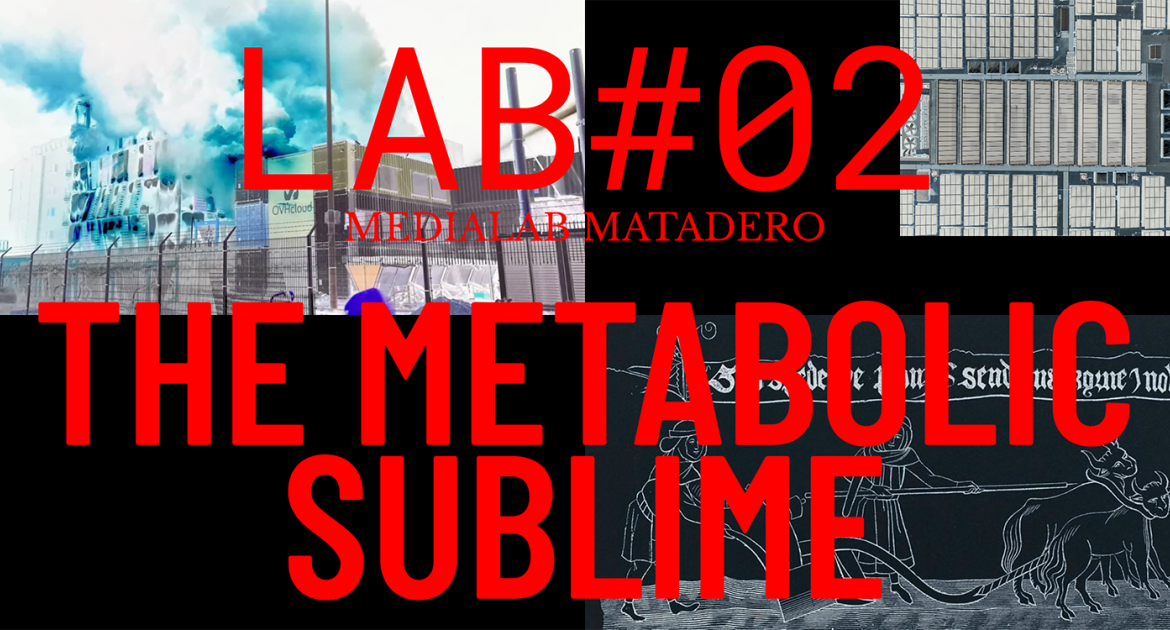 Energy sovereignty, agri-logistical automation, phantom extractivisms, territorial instrumentalization, residual circularity, decarbonisation, geoengineering... these are some of the topics we will be tackling during 'The Metabolic Sublime', a six-month interdisciplinary programme in which citizens from different parts of the world can join a group of artists, critical thinkers and experts to question the current structures of ecosystem governance

We live in a complex system of flows and assemblages; power grids, mineral mining, urban peripheries, hydrological cycles, logistics chains, rainforests, data infrastructures... hybrid mechanisms that terraform the surface of our planet in an endless loop of fracture, metamorphosis and rearrangement, defining the current and future habitability of system Earth.

LAB#02 'The Metabolic Sublime' seeks to radically re-imagine current energy regimes on a planetary scale, and the role we humans will have to play to implement new paradigms. But also, how their implementation will in turn transform us, demanding new customs, practices and cultures.

The term “metabolism” – from the Greek μεταβολή (metabole = change) plus the suffix -ισμός (-ism = quality, system)– defines the energetic processes that give rise to the physical and chemical transformation of any given body. On a horizon in which any form of environmental viability requires a necessary interdependence between ecology and technology, “metabolic” becomes a universal concept to define a wide range of processes regardless of their condition, scale and temporality. From the vast agro-industrial complexes that feed our cities, to the photosynthetic micro-organisms that sustain the invisible chemical balance of the atmosphere, any entity, any system defined by a process of material or energetic transformation, can be understood in metabolic terms. This allows us to establish holistic frameworks of thought that can transcend the conventional binomials between natural and artificial, micro and macro, or biological and geological, in order to construct other possible readings of the world.

In this sense, and in the context of the current climate crisis, the search for the “sublime” in this geochemical dance is both a chimera and a provocation. A chimera because it implies confronting the technological, ecological and political constraints of our current forms of governance, which are unable to address ecosystemic issues that transcend the sovereign limits of their territorial jurisdiction. And a provocation because it reveals the urgent need to question the cycles of capture, amalgamation, extraction and energy expenditure in which we are immersed, and to ask ourselves what other infrastructures, institutions and diplomacies are required to change them.

What would it mean to design a sublime metabolism on a planetary scale? What protocols would it entail in terms of the coexistence between humans and non-humans?

Among other things, it would mean we would need to establish new dynamics of food production, distribution and consumption, and of an agri-industrial regime capable of feeding the world without devouring the planet. It would not only imply having to design alternative strategies for waste management - both in the short and the long term - but also a crucial redefining of what we in fact consider to be waste.  It would require a new relationship with the land, and an energy macroeconomy that is conscious of and consistent with its social and environmental implications. But, above all, right now it requires a radical act of ingenuity and imagination if we are to overcome the dualistic discourses between environmental degrowth and idyllic techno-solutionism and build eclectic and functional structures of thought capable of navigating the ambiguities and contradictions of our entangled reality.