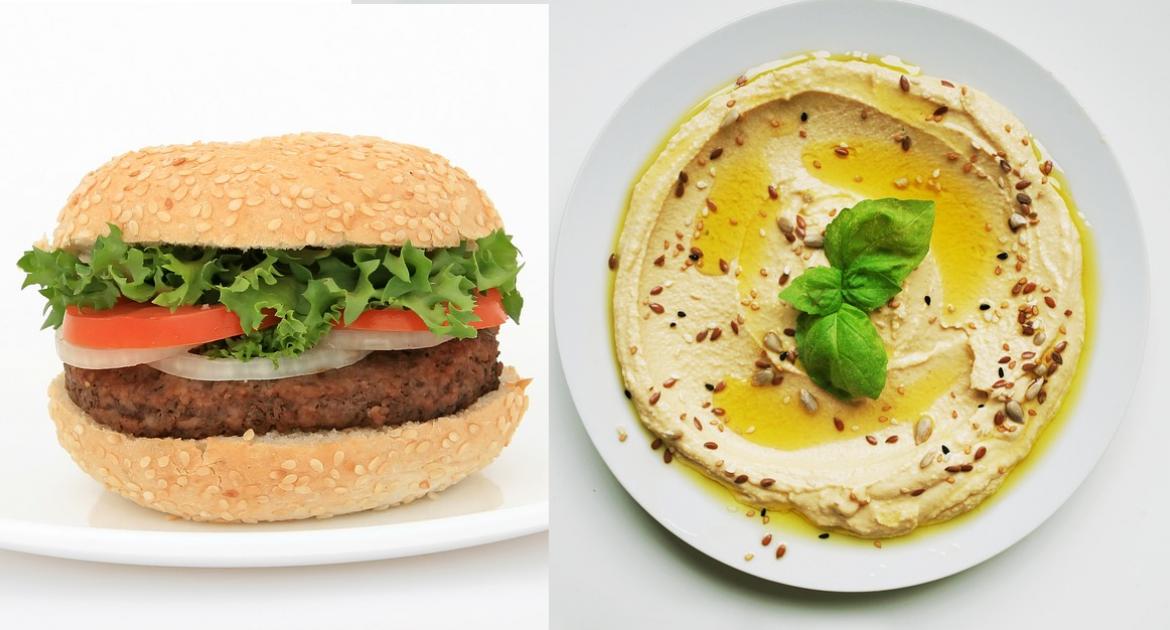 An approximation to the subject matter of Interactivos?’19 by Luis González Reyes.

Agriculture accounts for only 3.5% of global GDP. A certain famous economist, a “Nobel” prize winner no less, has been so bold as to say that it is therefore, a quite insignificant activity. To make such a claim, one must ignore the fact that 45% of the world’s population lives in rural areas, that 37% of all emerged land is devoted to agriculture, that 70% of all extracted freshwater is used for agricultural purposes and that, above all, you can’t eat money.

But just as there are lots of different food models, there are also lots of different agricultural models. Some of these models are oil-dependent, agro-industrial models, for example, while not only are other organic models based on sustainability, they are inevitably the models of the future.

The expansion of agro-industry...

During the second half of the 20th century, agricultural productivity increased by a factor of 3-4 and harvests by a factor of 6. The keys to achieving this were mechanisation, the massive use of synthetic raw materials (fertilizers and pesticides that come primarily from fossil fuels and mining), increased irrigation and agricultural extension, and the development of hybrid varieties (selected homogeneous and highly productive seeds thanks to the use of pesticides and fertilisers), all of which required increasingly larger monoculture farms. In other words, agro-livestock-silvo-industrial food (which for the sake of brevity we will refer to here as simply agro-industrial) is oil-dependent.

Until then, agriculture had adapted to the soil conditions, the climate and the pests of each zone. As a result, farmers tended to diversify the seeds they used and the crops they grew (polyculture). However, fossil energy in the form of fertilisers and pesticides, and machinery, allowed them to homogenize the ecosystem conditions of different places and therefore to use the same hybrid varieties in very different territories. Not only that, they were also able to temporarily circumvent the impact of that uniformity (soil depletion, vulnerability to pests) by using even more oil derivatives.

This agro-industrial model implied a fundamental change from the energy point of view. Traditional agriculture produces 9 units of energy (mainly in the form of food, but also in that of fuel such as firewood or of fertilizers) for every unit it employs (in human and animal work, in the manufacture of tools, etc.). The agro-industry consumes 1.25 units of energy for every unit it produces however, mainly due to fertilizers and machinery, although other factors such as mass irrigation also play their part. Yet, if we consider the overall process in which production and consumption are globalised, the energy consumption is much higher: in the US they require at least 7.3 units of energy for each unit they produce. Thus, agriculture has ceased to be a source of energy to become an energy sink so that human bodies can metabolise fossil fuels.

And this is a profoundly unjust system. On the one hand, farmers who cannot adapt to the demand (or to the health and quality standards) fall outside the market and their only alternative is uprooting, proletarianisation and hunger. Furthermore, the selling prices of agricultural products gradually fall. Farmers are even losing control of the seeds. One consequence is that in central spaces, agriculture is almost entirely a highly industrialised form of agriculture in which farmers play no part, one that uses an immigrant workforce in conditions of overexploitation. Meanwhile, on the outskirts we are seeing the suicide of hundreds of thousands of farmers who can no longer cope with the debts the agro-industrial system has gotten them in to. Small businesses end up facing a similar end, as most of the profit goes to the distribution companies. In the meantime, major corporations whose only guiding principle is their own monetary benefit, determine the type and the quality of the food we eat, how much it costs, and how and where it is produced or processed. In other words, many people have lost their food sovereignty to multinationals and big capital. This loss translates into nutritional, financial, technological, energy and raw material dependence on the global market, and a shift to scarce, non-renewable resources.

Our agri-food system depends therefore on fossil fuels but… its demise is in sight. The capacity to extract oil in the conventional manner has been declining from 2005, (the "good" oil that has been the bulk of what we have been using). What is left, and indeed not for long, are the most expensive, difficult and poorest quality non-conventional crude oils that have to be extracted by fracking or from oil sands, or extra-heavy crude oils, or oil found in the depths of the oceans or in the Arctic. And the same thing will happen in just a few years to gas and coal.

In the face of this exhaustion, no energy mix exists that is in any way equivalent to fossil fuels. It is no accident that oil, together with gas and coal, should be our basic source of energy. Oil is characterised (in some cases, was characterised) by being available in a way that ignored the natural rhythms; it can be stored easily; it can be transported easily; it has a high energy density; it is available in large quantities; it is very versatile in its uses (fuels of different categories and a multitude of non-energy products, such as fertilizers and pesticides); it is highly energy efficient (by investing only a little energy one obtains a large amount of net energy); and it is cheap. Any source that would wish to replace oil should fulfil all this. But is must also have a reduced environmental impact if it is to be feasible in what is a heavily degraded environment. Neither the renewable sources of energy, nor nuclear energy, nor even their combination are able to replace fossil fuels. And this is especially true in sectors such as agro-industry where there are no feasible alternatives to fossils in fertilization, working the soil, controlling pests, harvesting, packaging or distribution.

The current food system will also fall apart given that harvest production will most likely fall as a result of a set of interrelated and key factors that underpin the agrosystems. On the one hand, climate change will decrease plant productivity in intertropical regions and in many areas elsewhere on the planet. A decline that is already under way. The decrease in the availability of fresh water will be one of the factors that will influence this decline: climate change will cause many aquifers to become salty due to rising sea levels, the reserves of ice water in the glaciers will be lost and, in certain regions, there will be less rainfall and more evaporation. All this will entail greater difficulty in gaining access to desalination or pumping water from great depths in a context of a general exhaustion of aquifers. Added to climate change and water exhaustion is the decrease in soil fertility due to overexploitation. And also an inability to sustain mineral fertilization as has been the case up to now, given that strategic resources such as phosphorus are also showing signs of exhaustion.

This will lead to the end of the paradigm of homogenisation and we will have to return to one of diversification albeit with degraded soil. Of course, this situation will vary from one territory to another (the impact of climate change, cultivation techniques, the degree of degradation, etc.).

The rise of agroecology

As the agroindustry food production system breaks down, and in order to reduce transport costs and ensure local self-sufficiency, agricultural enterprises will spring up in the vicinity of urban hubs and indeed within them. This form of agriculture will inevitably be different to the industrial form of agriculture. We will see a move from large estates to smallholdings, from monoculture to polyculture farming, from the tractor to the horse and human strength, from irrigation to dry land farming, from fossil water to rainwater, from hybrid and transgenic seeds to local varieties, from out-of-season to in-season food, from production for export to production for self-consumption and the local market. Of all these changes, probably the most important one will be the primacy of organic farming. Crop rotation will return, organic fertilizers (manure, compost, green manure), natural pest and weed control (mulching, plants, the encouragement of natural predators), etc.

Not only will these changes affect how we obtain our food, they will also affect which foodstuffs are prioritised. Meat consumption will probably fall due to the fact that its production requires higher energy intensity and more land and water. To compensate that downturn, legumes will take on a more prominent role as a source of protein.

This form of agriculture will cease to be energy deficient and instead there will be a surplus. In addition, as it spreads, it will also contribute to “climate cooling”, to the fight against climate change.

The social articulation of this new food model may be profoundly unfair, it may take on the form of a new feudalism, for example. But it may also be much more fair, given what it is that agroecology pursues. In actual fact, this latter model is already very much alive in different parts of the world in the form of farm and family agriculture. Not only that, most of the world’s farms are smallholder farms, only a minority of farmers at the global level use synthetic raw materials and machinery, some farmers still control their own seeds and most marketing is local. In addition, powerful social movements are under way, grouped around the “Vía Campesina” movement that is promoting and putting the agro-ecological model into practice.

Evidently there are risks in the inevitable collapse of the agro-industrial model, but there are also major opportunities to transcend an unfair and unsustainable food model by replacing it with an agroecological one. This latter model combines organic farming, distribution through close-to-home channels and food sovereignty, with all that that entails: placing the control of the soil and seeds in the hands of farmers, economic self-sufficiency, etc.

The transition involves challenges at different levels and in different areas. All of them can be addressed through collaborative prototyping projects that can be submitted to this call by Interactivos?. To see some examples of inspiring projects, click on the following link: https://www.medialab-prado.es/en/news/inspirating-projects-interactivos…