The good, the bad, the networked 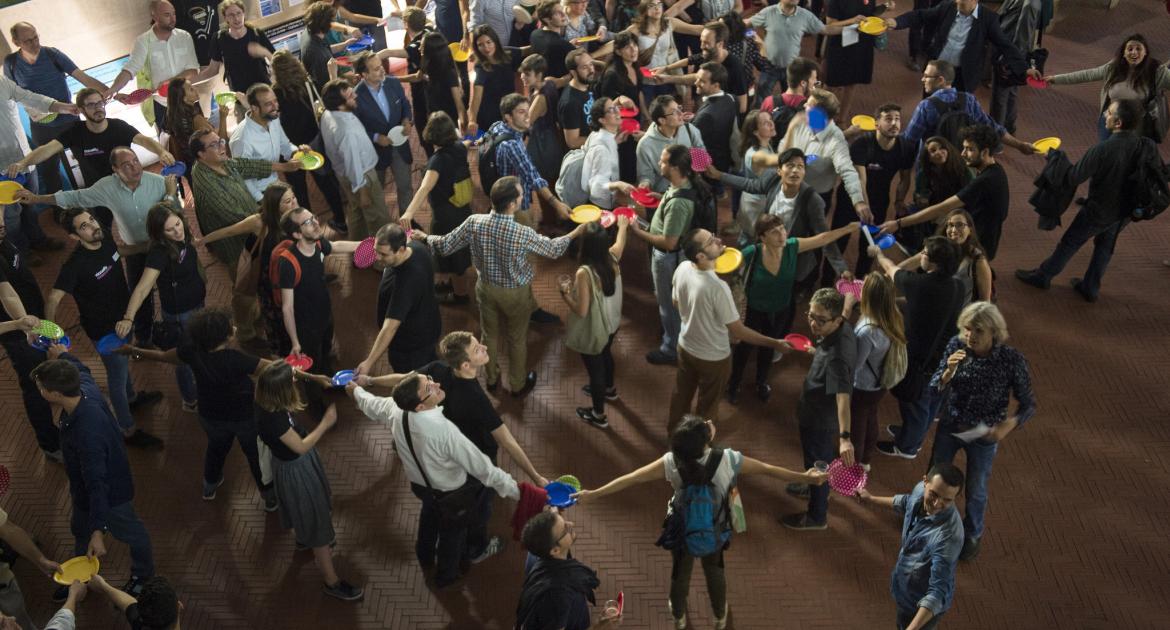 If there were a newspaper that covered nothing but the Internet, its headline every day would be "This Just In: The Internet Is Awful." Over the past ten years, when the valuation of the Net started to flip from promise to threat, the complaints have shifted. These days we hear less about online bullying and more about institutional problems: fake news, Russian bots, algorithmic bias, systemic breaches of trust and data. We'd be worse than fools to ignore these ills. They're real. Worse, they're directly connected to the structure of the Net itself. The Net gives everyone a voice, so there's noise. It provides a shield of anonymity, so people feel unaccountable. The Net not only routes around censorship, it also routes around authority and genuine expertise, making falsehoods as easy to post and find as the truth. That's what you get when you let everyone speak and connect.

But maybe it's time to remember just three ways the Internet has improved human knowledge so deeply that we now take these changes for granted. First, remember when everyone used to read a printed newspaper? In fact, so many of us did that there are photos of subways cars filled with people all with their noses stuck in their newspapers the way we now mockingly post photos of everyone looking down at their cell phones. Back in the days of printed newspapers, you would occasionally come across some bit of news that was really interesting to you. If you wanted to know more you would ... you would ... actually, there was usually nothing you could do but wait, hoping that tomorrow the editors might see fit to tell you some more.
Now the ease with which we can find information and follow its links has liberated us to be so much more curious, for there is no end to what we can know.

Second, remember when periodicals included reader comments? Those comments, carefully filtered by the editors, came out in the edition after the one they were commenting on, which also meant there was no commenting on other people's comments. Yes, Internet comments can be stupid and abusive. But some sites get it right so their comments sections are worth reading. At such sites you can hear unfamiliar voices from people who, before the Net, simply were unheard by the mainstream media. And beyond that, we can see — literally see — the act of appropriation by which a range of readers make sense of what they've read or seen. That is a crucial reminder that even one-way communication involves two people.

That raises the third way the Net has improved how we know: threaded conversations, a vitally important form of discourse that is new with networked computers. Threads area simple thing: the chains of responses that are indented to show to which comment or sub-comment they're responding to. Yet they are an important and recent way for us to make sense of our world together. They let conversation digress without penalty — just skip down to the next comment at the same level — and enable an asynchronous conversation to order itself as if it were a real-time back and forth. Threads are awesome. I haven't even mentioned links. They change how we move through information. They let us collaboratively weave together ideas as loosely or tightly as we want. They let us pull other people's work into our ambit without having to lay claim to any rights over them. They create a web of ideas that is owned by everyone and no one. So, let's say links are a fourth contribution to how we know.

When it comes to what we pay attention to, the Internet is like a pair of new shoes: we inevitably focus on what's bringing us pain. That's good, at least when it comes to the Internet, for the issues are serious. But we also should remember the positive effects of even the simplest elements of the Net on how we learn and know. We need to keep that in mind that they too are built on the basic architecture of the Net as we devise solutions for the very real problems we face.

Article published originally in KMWorld, authorized by David Weinberger to be published in Medialab Prado.