City Fireflies on the digital facade 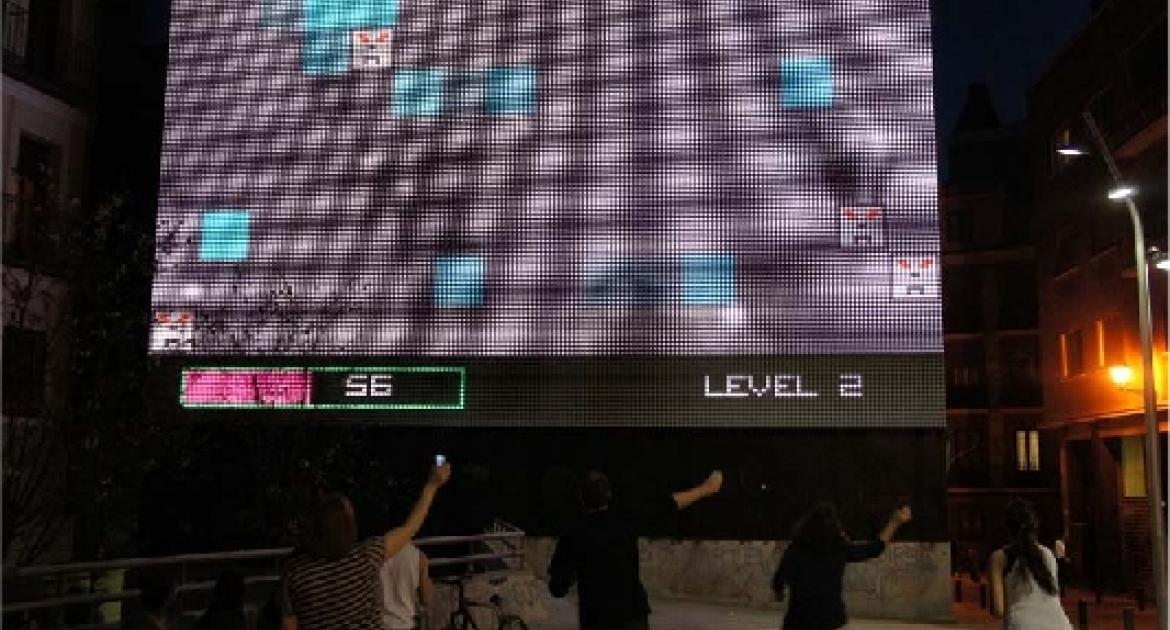 A menacing invader of dozens of creatures wants to take over the Plaza de las Letras. Players have to finish with them before they end up covering the whole space. For this, they can count on the lights of their cellphones, which will vanish the creatures through what looks like an urban army of fireflies flying over the square fighting against the invaders.

In order to play City Fireflies you only need a cellphone with a light screen- almost any phone- or any other source of portable light such as a small lantern. Players should aim their light to the screen, in which they are also reflected. In order to eliminate the invaders, the light source needs to coincide with each creature´s position. This results on players running around the square. City Fireflies has three levels of difficulty. The first begins when the first invader is eliminated. In order to move to another level, the screen needs to be completely invader-free before time out.  When the third level is finished, the game is over and restarts. It is possible to play individually, but more simultaneous players are needed in order to move to the second level. With more players it is easier to eliminate the enemies.

City Fireflies only works under low light conditions so users need to wait until dusk. Besides, fireflies are nocturnal creatures. The game zone is adjustable, but it is restricted to the square´s dimensions and light points surrounding it.

The game is based in a computer vision system using the camera located in the upper part of the façade. Internally, it uses the image recognition system openCV with open Frameworks. Depending on the light conditions, values of light detection can be established manually.