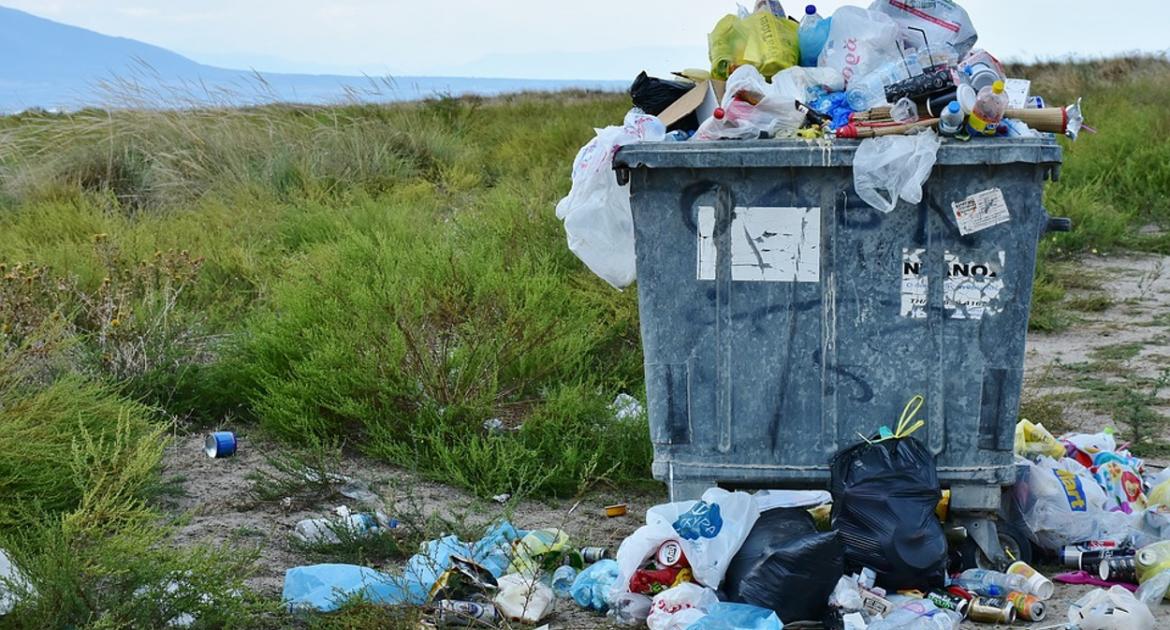 Waste is a huge challenge for the 21st century as it is a necessary resource. However, in the oceans we have created useless floating islands of plastics, and mammals and marine reptiles die when their digestive system is clogged. Likewise, millions of people all over the world live searching the rubbish dumps of large metropolises, more or less controlled spaces that bury valuable materials...

For this reason it is necessary to work the present to create a future where the economic metabolism coincides with the ecological: forget the concept of waste and reconceptualize all matter as secunda (what was previously raw material and already has a certain shape) susceptible to reuse, discouraging the extraction of raw materials. Substituting raw materials for secondary materials of high quality cools extractive machinery and energy consumption, reduces emissions and reactivates economic activity. This requires institutional support and investments, but even before it requires a lot of creativity, redesign and individual intelligences connected in collective projects.

Oxygen, from waste to resource

4,500 million years ago the first bacteria excreted oxygen that was a pollutant in a reducing atmosphere. 1,000 million years later, based on activity generating the oxygen residue, there was an atmosphere capable of harboring complex oxidative life. Thanks to the oxygen excreted by cyanophyceae, there were other bacteria that became, by alliance or endosymbiosis between them, cells beginning the evolutionary journey of multicellular organisms.

Calcium, from waste to resource

3,500 million years ago the cells that inhabited the oceans were found with substances that acted as dangerous toxic (residues) in their cytoplasm, such as calcium. The granules of Calcium that were generated ended up becoming the shells of the first cyanophytic bacteria 3,500 million years ago, the diatoms of 2,500 m.a., the shells and shells of the molluscs 500 m.a. About 300 million years ago, a primitive way of life, less developed and dominant than molluscs or crustaceans, discovered that more interesting than covering themselves on the outside with those toxic waste materials was to try to organize them from within ... thus the adaptive response arose of the bones of vertebrates (endoskeletons) that would give rise to the phylum of reptiles and mammals.

Many of the great evolutionary leaps on the planet have been produced by the creative capacity of life to turn a waste into a resource, and to reformulate another way of understanding and organizing life.

For decades, different models have been proposed to face the challenge of reducing waste in a creative and productive way. Classic examples are industrial ecology, Factor 4 (report from the Club of Rome) or the Blue Economy.

Faced with the challenge of waste management, zero waste is the benchmark with the best results on the planet and greater social support, precisely because its objective is to enter into management with entities in a dialogical and paradoxical way and denies the existence of what should not exist. It focuses on the fact that waste ceases to be produced and that everything is understood as a resource.

For its part, the European Commission, which assumed the 4Rs of the environmental movement (Reduce, Reuse, Recycle and Recover) and zero waste, formulated the institutional concept of circular economy, which institutionalizes and relaunches the objective recognizing that it will generate economic growth without comparison with other fields of technological innovation: it places the annual growth of GDP between 2% and 7% of those countries that manage to recirculate 50% of their secondary materials.

The bioeconomy is an essential part of this agenda, but it is conceived above all as part of the initiative of the research centers, the industry and the company that design all their products to be renewable (bioplastics) and recyclable.

Everyone agrees that landfills should be closed. The main political options are mainly concentrated on three options: the zero waste movement, more social and focused on the management of separation at source; the perspective of the governments and institutions of the EU that formulate the concept of energy valorization as a management alternative; and the most entrepreneurial and institutional approach, which is organized around the concept of circular economy and bioeconomy.

The objective is not only to convert the waste into resources (WxR) but to do so by increasing the final value of the product so conceived, designed, manufactured and distributed. The objective is the leap of added value that is known as upcycling, that is to say, generating a value superior to the "good of use" or product from which it arose.

On the subject and Interactivos? '18

Faced with the idea that citizens must be aware to separate in origin, in what we might call a residual civics, this meeting of Interactivos? '18 states that people, in appropriate contexts, are creators of ideas, discourses, speculations and , of course, solutions that institutions, collectives and companies can incorporate into their practice. The essential core of innovation is collective intelligence.

In this way, this call aims to identify ideas to improve, discuss and speculate with the separation, collection, recycling, conception, etc. of waste and increase the value of secondary materials, through artistic designs, critical technologies, creative practices and / or collaborative perspectives.

Faced with the entropy that directs the course of the cosmos, life and human communities are capable of generating negantrophy, new order, new structures, the poiesis of new forms and solutions to the challenge of waste. This call is recovered as a contest of poiesis to make waste resources of a new economy, of a new world.

In this way, we seek around the world people and communities that are rehearsing or want to try new ways of seeing and approaching, in a creative and radical way, the exuberant mass of filth that envelops and intoxicates the planet and all its inhabitants.

Experimentally, this new edition incorporates the use of Theory U, which we will use to review and reinforce the prototyping of projects related to reuse and recycling in the key of increasing value "upcycling".

The methodology of the U consists of a work dynamic that focuses on decrystallizing the old, and helping, like the maieutics of Socrates, to let the new emerge.

It is the format of a laboratory of social alchemy, open to projects from all over the world, and which this year focuses on the value of the subject in avid dialogue with human creativity.