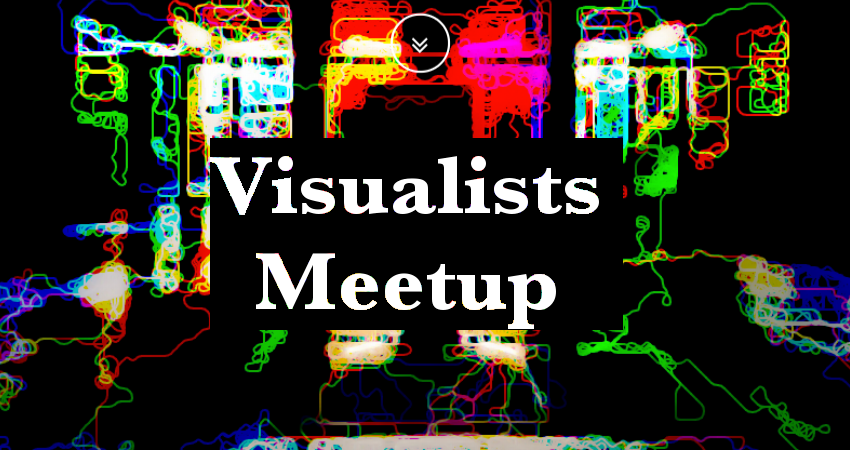 The aim for this session is to take a critical look at the role of visual artists (visualists) in the live coding and Algorave environment, as well as to have a discussion as a group about experiences and practices for live coding visuals.

The role of visuals within the context of a live performance is to augment the music and create a complementary visual experience. These visuals may synchronise with the music, or they may simply play alongside the music and attempt to represent the overall mood of the performance.

The role of visuals within live coding and Algoraves takes a different approach. The primary function of visuals is to make the code of the musician visible by projecting the computer screen in the audience space. With this in mind what does a visualist add to the performance? Do the visuals contribute to or distract from the overall experience.?

To address this broad question we propose a session in two parts. In the first part both Antonio and Olivia will talk on their experiences of live coding and performing at Algoraves. In in the second part we will present four talking points to discuss as a group. How do you collaborate with a musician?

How do you integrate other visual elements--such as the code of the musicians, the layout of the stage, the bodies of the performers, etc---in the visual proposal that you create? Is there a particular aesthetic to live coded visuals?

Widely used software such as VDMX and Resolume typically use video clips which can be mixed and modified. Tools for live coding visuals typically take a different approach and use programming to make visuals. The resultant visuals heavily feature repeated geometric shapes and patterns formed by algorithms.

To what extent is there a particular aesthetic for live coded visuals? How do software choices and programming paradigms in live coding contribute to certain visual aesthetics?

Do we need a visualists checklist of best practice?

Venues are often well equipped to cater for musicians. The same is not always true for visual and projection equipment. Projectors may not have enough lumens, surfaces may not be white or clear of obstructions, or there might not be a dedicated space for the visualist to set up. This can negatively impact the experience of both the visualists and musicians. What has your experience been like as a visualist in performance venues? What would a checklist of best practices look like? Would it help improve the experience of performing visuals, or somehow feel limiting?