Technical Information on the Digital Façade 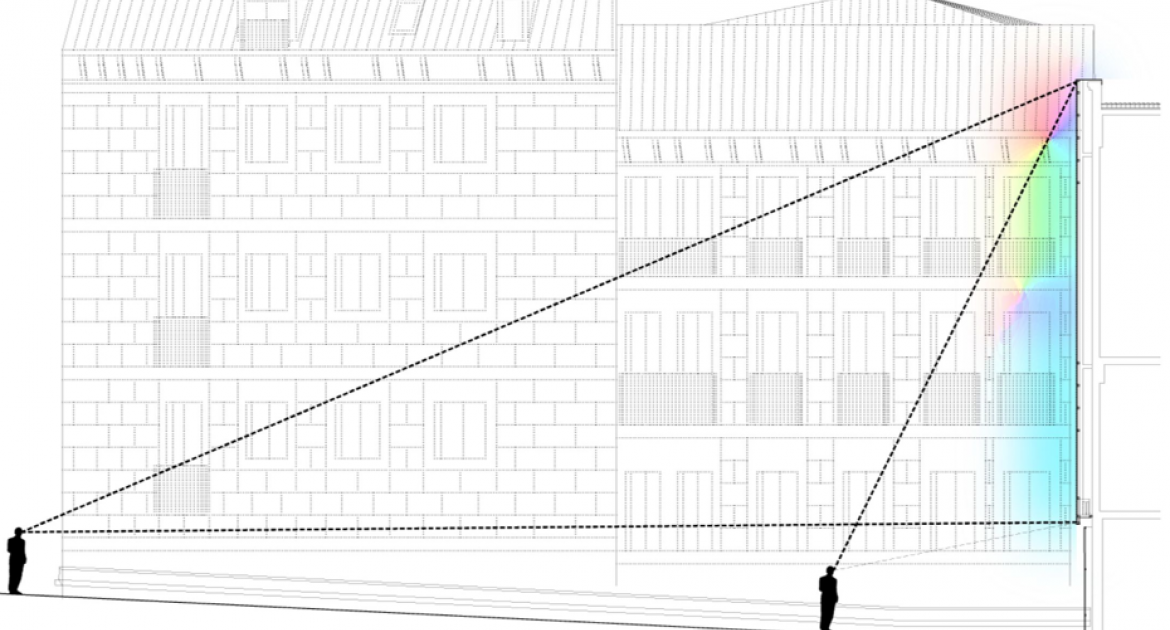 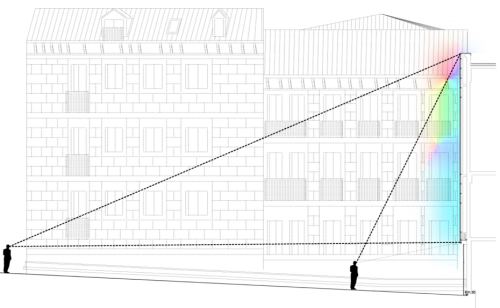 The digital façade in Medialab-Prado was designed by Langarita-Navarro arquitectos as part of the project for the renovation of the "Serrería Belga" building.

Adjacent to the north face of the "Serrería Belga" building, it has 14,5 meters width and has a height of 9,4 meters.
It is located into the "Plaza de las Letras", a space divided into two levels. The size of this square is around 25x30 meters.

The technical characteristics of the façade allow the optimal view during the evening.

In despite of the physical size of the façade (15x10 meters), it's resolution could be considered low, just 192x157 nodes. To correctly visualize content on it, it is necessary to adapt it to the size in nodes and take into account the shape of the façade.

A pixel in the monitor of the computer it's equivalent to a node in the façade.
If the images or video do not fit the required size, they would have to be transformed, resulting in a possible degradation in quality.

The aspect ratios that best suit the resolution of the screen are 5:4 and 4:3, but it is recommended to create the content in the native size of 192x157. 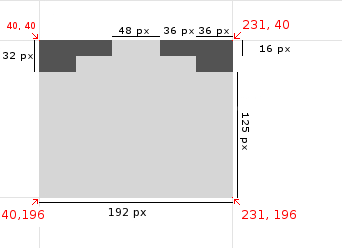 The black coloured letters are the size of each part. The red coloured letters show the actual position of the pixels where the application should be placed. The light grey area correspond to the façade and the darker ones would not be showed.

Recommended formats are AVI for video and PNG for images and they would be played with an specific application for the façade.

On top of the screen there has been a CCTV colour camera system installed. This could be used by projects based in movement recognition and computer vision.

Any technology could be utilized as long as it can show an image in the required positions. 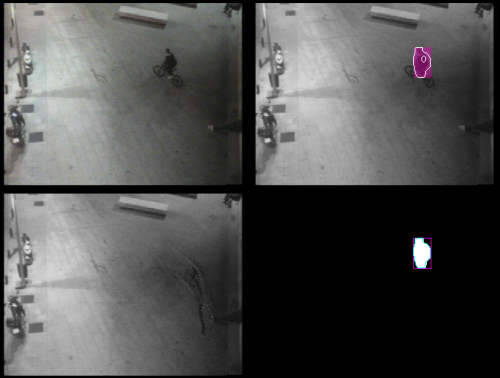 Some examples that we have used are: Open CV, Processing, OpenFrameworks.

The façade does not count with a sound system

The MEDIALAB-PRADO's LED screen uses the  Philips Color Kinetics iCOLOR FLEX SLX system.
It is formed by a series of rectangular panels that are fixed to the facade of the building that faces North. There are a total of 94 panels, arranged in the following way: