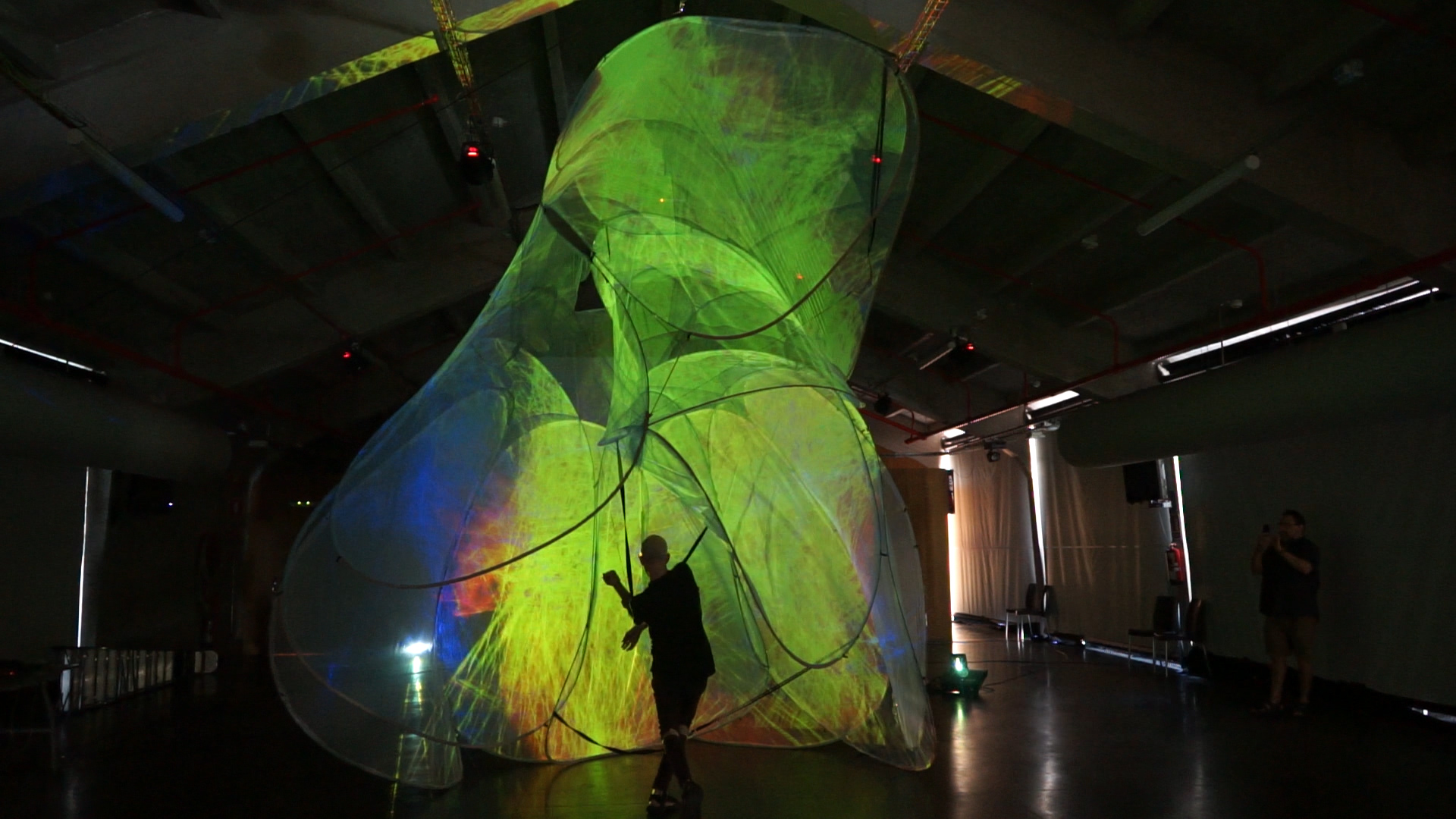 BI r/evolutions - Body Intelligence
and Proprioception technologies in the age of autonomous algorithms.

There is a sense that few people know and yet it is perhaps the most important of all: proprioception, which is the sense of internal movement of the body, grounded on the multitude of sensors of muscular elongation of the body and giving us continuous feedback , conscious and unconscious, of relative position and speed or effort. It is the sense that integrates all external sensations (and of the internal organs) in our movement, directly connecting action and perception. It is the sense in which the most primordial notion of self and relation to the world is based. It is the deepest ground of empathy and meaning, which connects us bodily and primordially with things,it is the basis of memory and experience as a process that does not necessarily go through rationalization, and that some theorists like Gibson have called direct perception .The sense of spatiality and temporality, of texture and dimension of something, of speed, of rhythm, all this and more generally the embodied knowledge of the world, of objects, actions and relationships, memory and learning, have a deep base in propioception.

However, the spectrum of proprioception and its fundamental role of multisensory integration, linked to the capacity for action, is radically minimized in a society that since the Renaissance at least (and with much earlier roots) is based on orienting ourselves according to fixed points of vision, reducing movement to coded segments, such as every time we click on a screen or keyboard. This impoverishment of the proprioceptive spectrum, which separates, reduces and atomizes us as bodies, is a fundamental problem that cannot be solved by attending only to the content of the media, but reinventing their most basic structure. In the current digital age, this impoverishment is behind the functioning of the autonomous algorithmic systems behind each app on a smartphone that redirect our behavior continuously.

How to reappropriate proprioception, not only giving it back a richer spectrum that perhaps had in the past but opening it to an infinite horizon of reinvention while resisting reduction and control? Proprioception, as a swarm that emerges from the bottom up in the bodies, exceeds the controlling ego and can be thought in terms of its richness and indeterminacy, of the sensitivity to create interrelations with the world and the others: alloception or expanded propioception for a new social ecology of the open, as crucial technology of the body, the common body and the metabody.

Unleashing the gugolplex in us: according to how we move we think, know, feel, sense and relate, configuring our worlds, yet we mostly move within a very narrow spectrum of aligned possibilities, in a culture of immobility which underlies salvery and colonialism. Even if we take just the combinations of only two positions of the roughly 300 joints of a human body, the number has more than 80 digits, nearly a gugol and far more than the number of estimated atoms in the known universe. Try to imagine the possibilities of continuous modulations of tissues made of billions of cell cytoskeletons contracting and trillions of proteins folding (each single one with more than a gugol of folding potentials) in continuous tissues accross the 300 joints and accross bodies and you will soon get beyond the gugolplex (a gugol to the power of gugol, a number with more digits tha atoms in the universe!). Our movement potentials are INFINITE: but they are not to be sought in the realm of quantity within the movements we already know, rather they need to sought in the qualitative variation of our proprioceptive swarms, which evolutively come from bacterial and other moelcular swarms. Unleashing our swarmlike capacity to move with endless qualitative variation while relationally conforming our ecologies requires sustained movement practices, choral or metabodily improvisation technes that create sustained plastic ecologies and resist reductive alignments, through subtle and ongoing microdeviations from any existing alignments. This implies creating a new sense of qualitaive freedom of movement and an ethics of the open: a movement revolution, evolution, n-volution for a radical, ongoing, epigenetic, microsexual mutation.