Knowledge in the Internet age 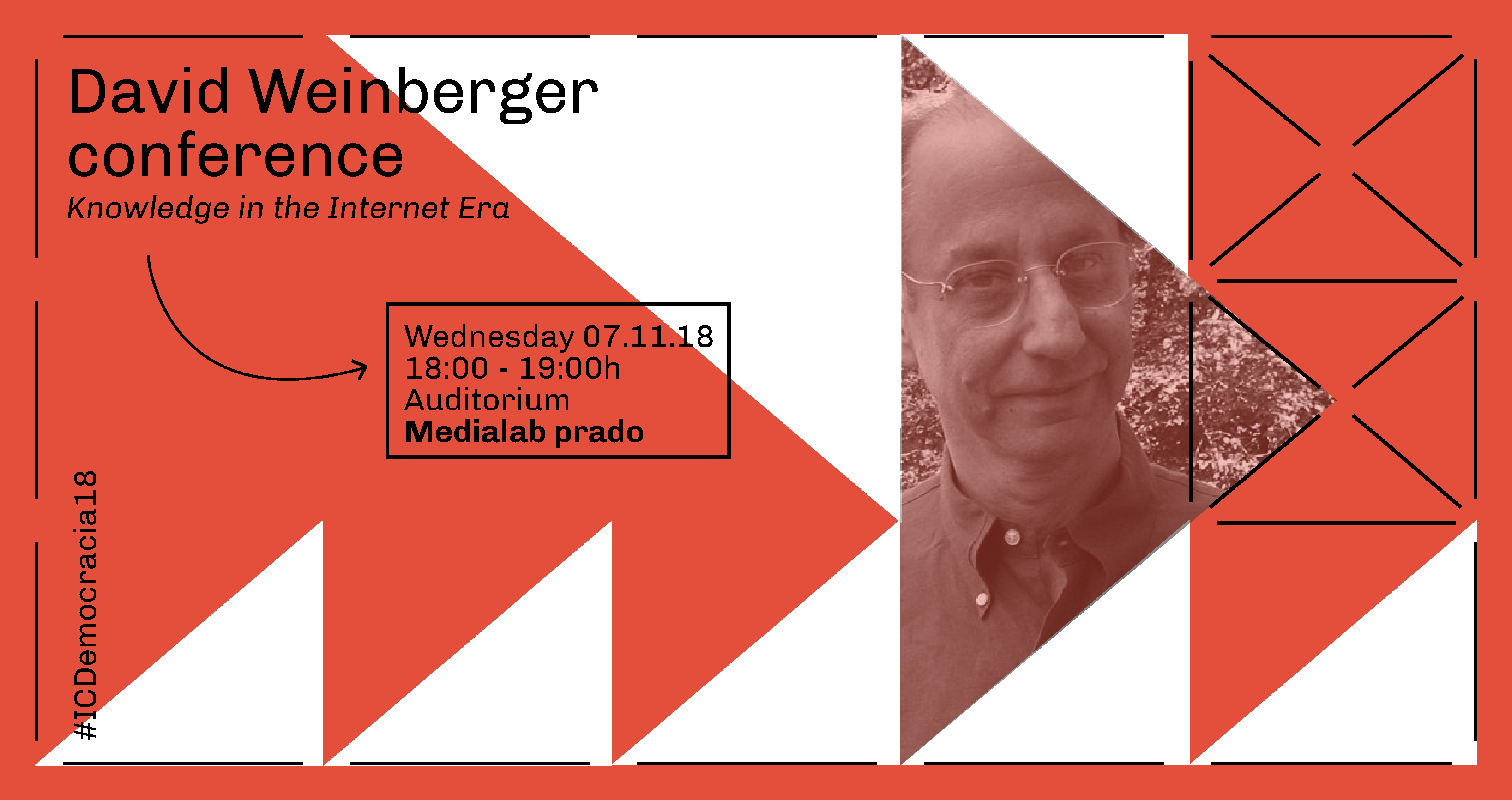 On November 7, David Weinberger, one of the most recognizable thinkers on the Internet, will give the conference 'Knowledge in the Internet age'

David Weinberger (New York, 1950), technologist, speaker, researcher and American professor, is one of the greatest references of thought linked to the Internet. In 1999, his life changed after the publication of the Cluetrain Manifesto, an explosive text that anticipated some of the radical ruptures that the network era would bring to the planet. Almost two decades after that manifesto, David Weinberger works at the Berkman Klein Center for Internet & Society at Harvard Law School.

In his conference Knowledge in the Internet age, which will take place in the Medialab Prado Auditorium on November 7, from 6:00 pm to 7:00 pm, will address the opportunities and challenges of knowledge in the age of networks.

"This is the best time in human history to be a seeker of knowledge," says David Weinberger. But he follows this by saying, "It's also the best time in human history to be an idiot". In a talk on "Knowledge and Democracy," Weinberger looks at the ways in which the Internet has changed not only how we access knowledge, but more importantly has fundamentally transformed its structure. Its traditional structure  arose from the nature of the paper that was knowledge's medium: settled, unchanging and disconnected the way one book is separate from all others.

Now knowledge is becoming networked, he says, taking on the properties of the network: inclusive, hyperlinked, loose, never settled, and always subject to discussion. These strengths and weaknesses come with knowledge's new ability to grow to an unimagined extent. But knowledge also faces terrible challenges now. Weinberger looks at "echo chambers" in which like-minded people talk without facing opposing views, and argues that they arise not merely from human weaknesses but from the nature of conversation and understanding themselves. This means there are no easy solutions to the way the Net is is fracturing discourse. It will take education and a willingness to listen to the voices of the most vulnerable.

This activity is clebrated in collabotation with the III Foro de la Cultura de Burgos.