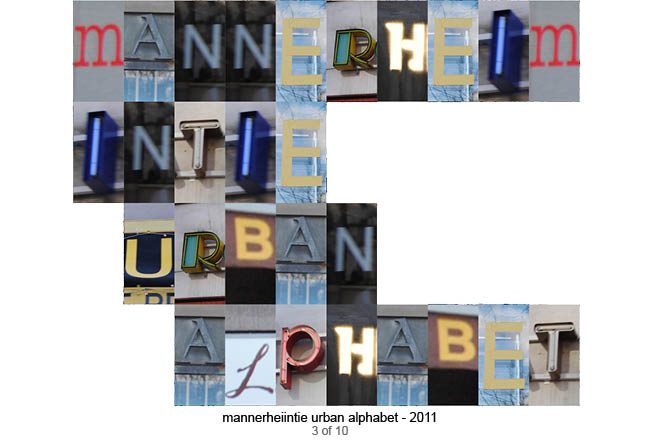 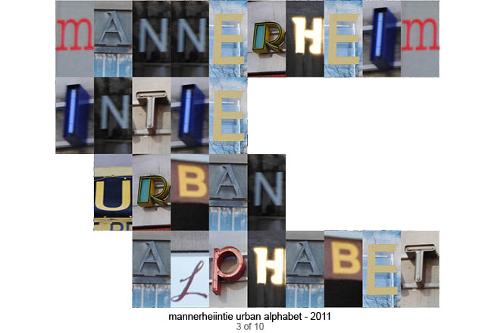 Urban Alphabets is a smartphone app which allows users to capture letters in public space with their camera, and generate their own alphabet, which can then be used to send personalised messages. Any user can store their urban alphabet formed by a variety of geo-localised letters, and all the letters will be stored in a large "city alphabet".

The Urban Alphabets project was chosen to be developed in different European urban screens throughout 2014 within the Participatory City 2014 open call, as part of the European Connecting Cities Network project, and is produced by m-cult.

Artist Suse Miessner is a designer and researcher based in Helsinki. Her work explores the relationship of new technologies with people's behaviour in contemporary public spaces. In her own words: "Urban Alphabets combines participatory art and research in order to draw citizens' attention to their physical environment. Inhabitants contribute to their city's alphabet by taking pictures of the letters. Letters are so pervasive in contemporary public spaces that we never question them, and neither do we realise what they really are: a combination of form, colour and materials, which sends us certain messages. Urban Alphabets prompts you to take a fresh look around you."

Activity within the framework of ARCO'2014 and the European project Connecting Cities Network.