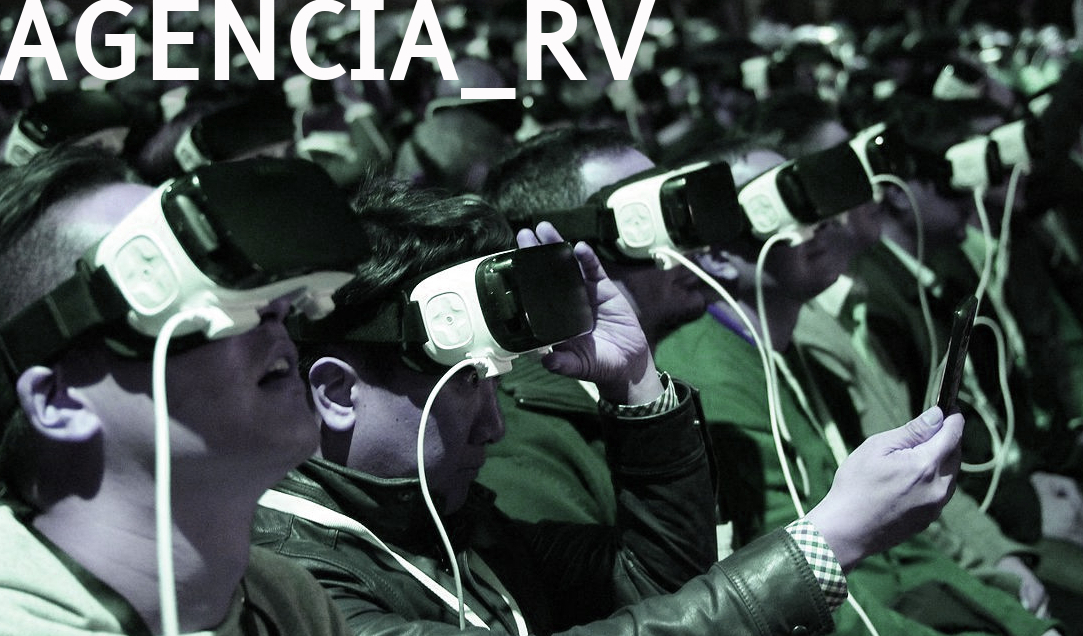 AGENCIA_RV  [AGENCY_VR] is a Medialab Prado Working Group whose purpose will be to investigate Narrative Virtual Reality, known as CVR, Cinematic Virtual Reality. Its aim is to study the contents and forms of virtual reality but focusing on its narrative possibilities in the field of fiction. What we want is to create a group of researchers and creators who review the current state of the narrative associated with virtual reality and are capable of proposing and creating an experience of this type.

We start from the idea that virtual reality is a new cinematographic technology, an advance in its evolution comparable to the arrival of colour, or sound. And what this group will study is its potential to transform the storytelling of cinema.

The idea is to create an active research group. To this end, anyone interested, with previous experience in a field related to the creation of fiction for the audiovisual medium, will be offered the opportunity to join it, to explore the narrative possibilities of this new technological tool, which is today one of the main interests of the big Hollywood film production companies.

Virtual reality is a completely new medium. The important thing now is to find that first narrative experience that is highly emotional, with real actors that make you feel something real. I think that as soon as that happens, a stream of storytellers will get involved with virtual reality.

That first experience that Stromberg mentions has not yet taken place.

The group will meet fortnightly, on Mondays starting May 6, 2019. They will be sessions of study and debate, reviewing the main articles and papers that are being published, which will be mixed with the views of the most recent and representative work.

With the information obtained in the sessions of this working group, we will set in motion a process of selection and development of narrative ideas of the participants. We will produce a germinal piece at the end of the year with the one that we find most attractive and valuable, and that best suits our means of production, and with the support of some company in the sector. A first experimental piece, a prototype, which serves as research applied to practice. New, more elaborate proposals may emerge from this experience, perhaps to give continuity to the group in 2020.

The idea is to create a dynamic research and creation group that reviews, questions and updates the protocols and working methods, but also the ideas and audiovisual grammar now associated with Cinematic Virtual Reality, with the aim of optimising them.

When we speak of fictional narratives, we are refering to the possibilities of virtual reality to propose narrative experiences of fiction on a human scale, experiences that involve "real actors feeling something real". Very diverse sensory, immersive, experiences have been proposed in VR, in which we travel (as if flying) through invented spaces or through the universe, or through the interior of a software, always outside our human scale. We have also seen documentaries on a human scale, (real) stories of human beings living in complicated situations. This last cases are always presentations, demonstrations of real instants of the lives of real beings, but which do not evolve narratively, why?

Where are the fictional stories, the invented, non-real stories, interpreted by actors as if they were real? What stories would those be, that would take advantage of the specific possibilities of VR? What possibilities are those? Which of those possibilities are common to 2D cinema? What is it that brings new VR, what is the innovation that it entails in the field of fiction?